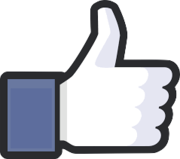 * Of course not everything Facebook does is bad. I use the platform, and Social Networking has done some good things for society as well as bad. I'm hoping like advertising that it teaches people to be more skeptical and critical thinkers in the long run. (So there could be some long term net benefits as well as short term costs). The jury is still out. And on a less macro level, I even like some of the things Facebook does or pushes like the following: