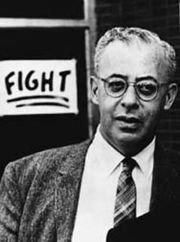 If you need a far, far left fanatic, then you better call Saul. He is the epitome of post-modern Marxism: undermining everything that is established good, supporting subverting the establishment, promoting lies for a "good cause" (defined as anything Saul agrees with). To quote from Sixteen Candles, Saul is kinda like the king of dipshits (I judge him partly by his followers). He deserves credit for being their leader, but they say you can judge a man by the company he keeps, and that's how I judge both Saul and his followers. 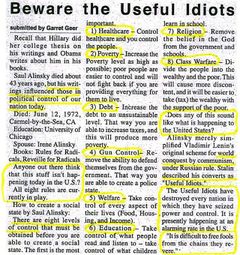