Difference between revisions of "Star Trek: Into Darkness (2013)" 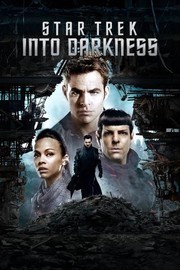